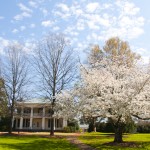 Located only a mile and a half outside of urban downtown Birmingham, Alabama, Arlington Antebellum Home and Gardens sits on a sprawling former plantation in a part of the city that before the Civil war was known as Elyton.[i] A look deeper into its architectural style, as well as its past and present functions, gives new light to this beautiful home and its intriguing history. 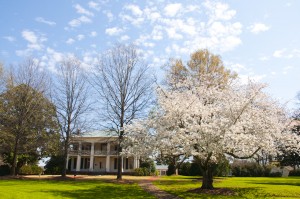 The classic Greek revival style architecture of this two-story home was the construction of a settler from Georgia by the name of Stephen Hall in 1822. Hall came to Birmingham to assist in the building process of a new courthouse and jail. He acquired the original seventeen acres of land and began construction of the future Arlington Home and Gardens.[ii] In 1840 Hall’s son, Samuel inherited the plantation, but sadly passed away two years later, leaving his loved ones with a large debt to pay off.[iii] Because of this debt the family was forced to auction off the plantation for a mere 600 dollars to a man by the name of William Mudd.[iv] Mudd served over twenty years as a Circuit Court Judge in

Elyton until he resigned in 1883.[v] Judge Mudd purchased an adjacent eighty acres and[vi] added greatly to the site which he named it “The Grove”.[vii] He, his wife, and nine children resided at “The Grove” from 1842 until 1865 when war spread to Alabama and the Union Army overtook Arlington as its headquarters for their future raid on the University of Alabama in Tuscaloosa among other attacks.[viii]

General James H. Wilson and his cavalry known as Wilson’s Raiders set up headquarters at Arlington for a mere two hours to plan their attacks.[ix] According to Wilson’s own diary he described the city surrounding Arlington as, “A poor, insignificant Southern village, surrounded by old field farms, most of which could have been bought for $5 an acre”.[x] However unimpressed the General was with his atmosphere, he used the town to plan successful raids on ammunition stores, Confederate Factories, and the destruction of the military school at The University of Alabama.[xi]

In the years following the Civil war, a consensus was made to create an intersection of east, west and south, north rail lines three miles outside of Elyton. This hub was named Birmingham, in hopes that it would become a great steel-producing city like its namesake, Birmingham, England. By the 1880s, Birmingham more than lived up to expectations and began populating rather quickly. The Mudd family descendants followed the crowd and left Arlington behind to a new, yet brief owner Henry DeBardeleben who sold all but thirty-three acres of the plantation.[xii] After only occupying the home for two years, DeBardeleben sold the land in 1886 to a man from Iowa by the name of Franklin Whitney.[xiii] Whitney was a businessman who decided to split the property up into house lots.[xiv] He named these lots “Arlington Surveys”, hence the current name of the home and gardens.

One of the final owners of Arlington came along after Whitney’s death in 1896 after a lengthy litigation.[xv] Robert S. Munger was an inventor and philanthropist from Texas who came upon the estate in its most unfortunate state. He undertook the extensive and expensive project of repairing and modernizing Arlington by renovating and adding in plumbing, central heat, and electricity.[xvi] In 1924, Munger and his wife passed away leaving the home to their daughter, Ruby, and her husband who obtained full ownership of the six acres that remain today.[xvii] In 1953, the city of Birmingham and a group of individuals from many different organizations bought the home and made it the house museum that is has been for the last fifty years.[xviii]

Today, Arlington Home and Gardens boasts that it is the only remaining Greek Revival Antebellum home in Birmingham, Alabama. The four-bedroom home is adorned with all of the typical, classic, and simple details of a Greek revival style building. White paint to mimic grand marble government buildings, heavy cornices, and Doric columns all detail the gable-fronted porch of the home. The double hung windows, each with 12 panes per sash, are flanked by black shutters that become the only contrast to the entirely white building. The windows are large and built symmetrically and stable to accommodate residents for a typical, scorching Alabama summer. A long, red brink pathway trails all the way through the large front yard up to the house and leads visitor to the front door. The entrance is directly mimicked on the second floor by a balcony that holds a second door and flanking windows that are completely symmetrical to the floor below. With this home’s six Doric style columns spanning from the floor of the white framed home to the top where four chimneys sit on the rooftop, it is an excellent and exquisite example of this Greek revival style of architecture. 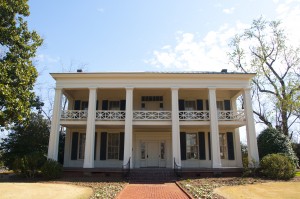 Inside the home are a total of seven main rooms, four of those being bedrooms, as well as two and a half bathrooms. Each of these rooms are set up with classic antique furniture from the nineteenth century, some of which is original to the house. These rooms are staged for visitors of the museum to have the opportunity view a typical home of this time period. Wood floors are laid out through the entire house. The main entryway is simple with a long thin layout that directly stretches to the back door of the home. To the right is a dining room that connects to a mud room or sitting room and to the left is a large parlor. This parlor was previously two separate rooms, a formal and informal parlor that were later connected fully by renovations done by the Montgomery’s. 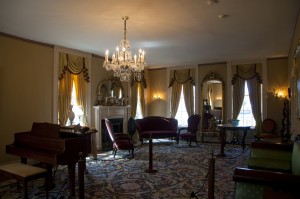 [xix] Walking up the stairs there are small finials shaped as pineapples adorning each brass rod that holds the carpet into place. These are a traditional symbol of hospitality and according to the staff of the museum, this attention to detail is something that the Montogmerys were very proud of. 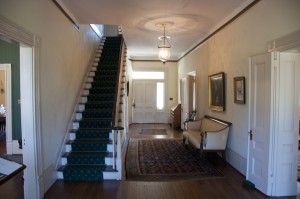 The second floor is laid out exactly like the main floor was in its original state before renovations, with a long hallway that stretches completely to the other end of the house and two bedrooms on either side. 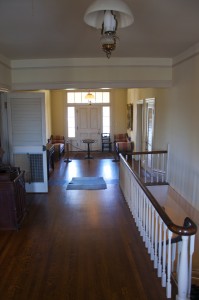 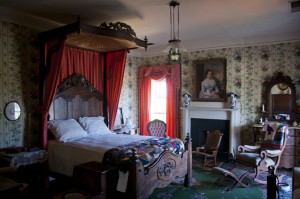 The rear of the house has a breezeway connecting the main house to what is now the museum gift shop and offices, as well as a replica of what the kitchen and servant area must have looked like. 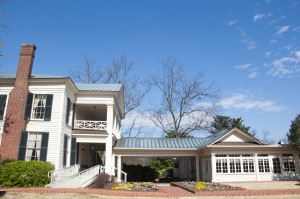 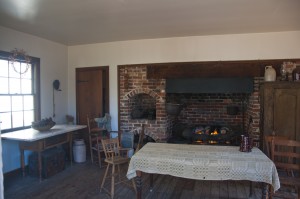 Flower and herb gardens flank the back of the home and stretch all the way around to the front where a large, green, hilly yard brings visitors back to the symmetric, Southern estate. 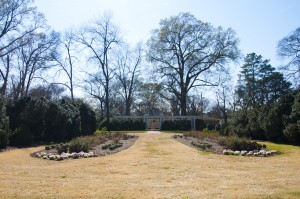 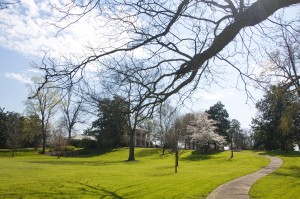 Along with functioning as a museum, the antebellum home also holds events such as weddings, conferences, and banquets in its dining room and out on its lawns. Hundreds of functions have been held there and rightfully so, being that it is the only of its kind structurally and historically in the Birmingham area.

When the War of 1812 had ended and westward expansion was at an all time high, America had an immense feeling of liberation and democratic bliss. This newfound freedom was reflected in the architectural decisions that eventually turned into a social norm. America’s pride in the democracy that they now possessed was, in their minds, a direct result of their spiritual ancestors in Greece, which is where democracy was born. This pride was directly reflected in the new architectural style of Greek Revival. Arlington Home and Gardens follows this model and style down to the last physical detail. This was a style unlike any other because of the pride and purpose behind its evolution. Arlington is a perfect example of how time cannot destroy an influential era.

Information for all photographs: 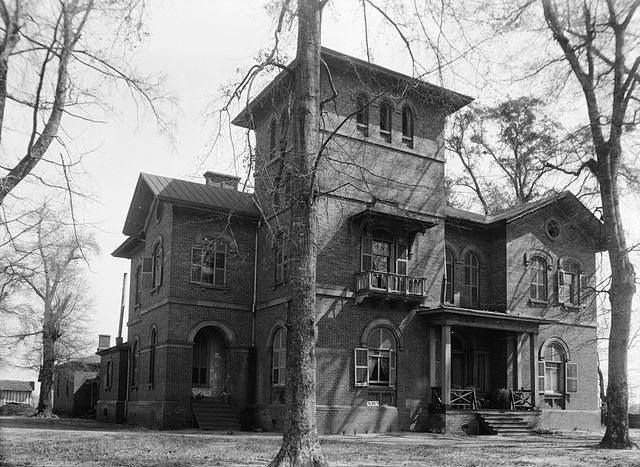 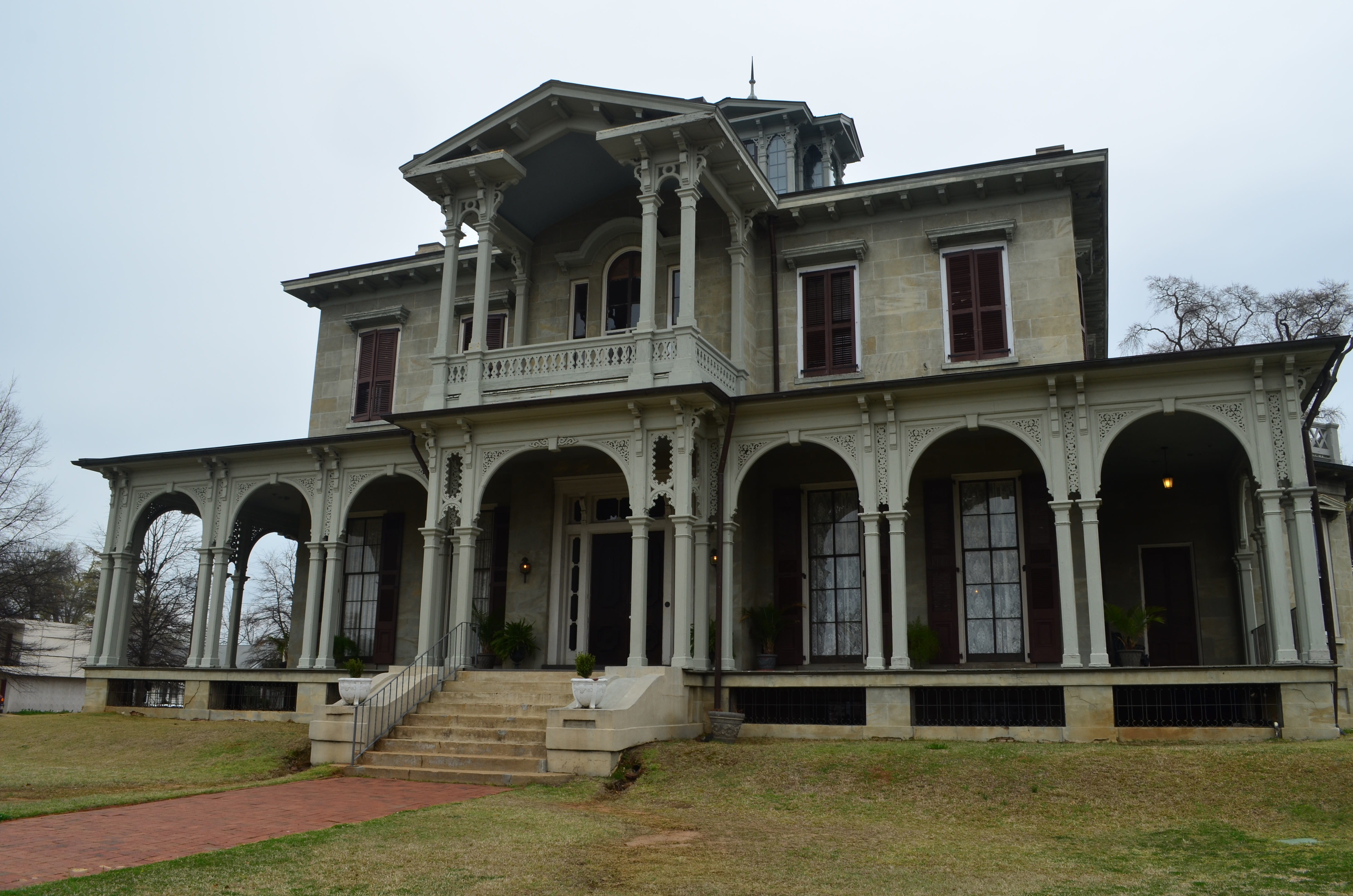 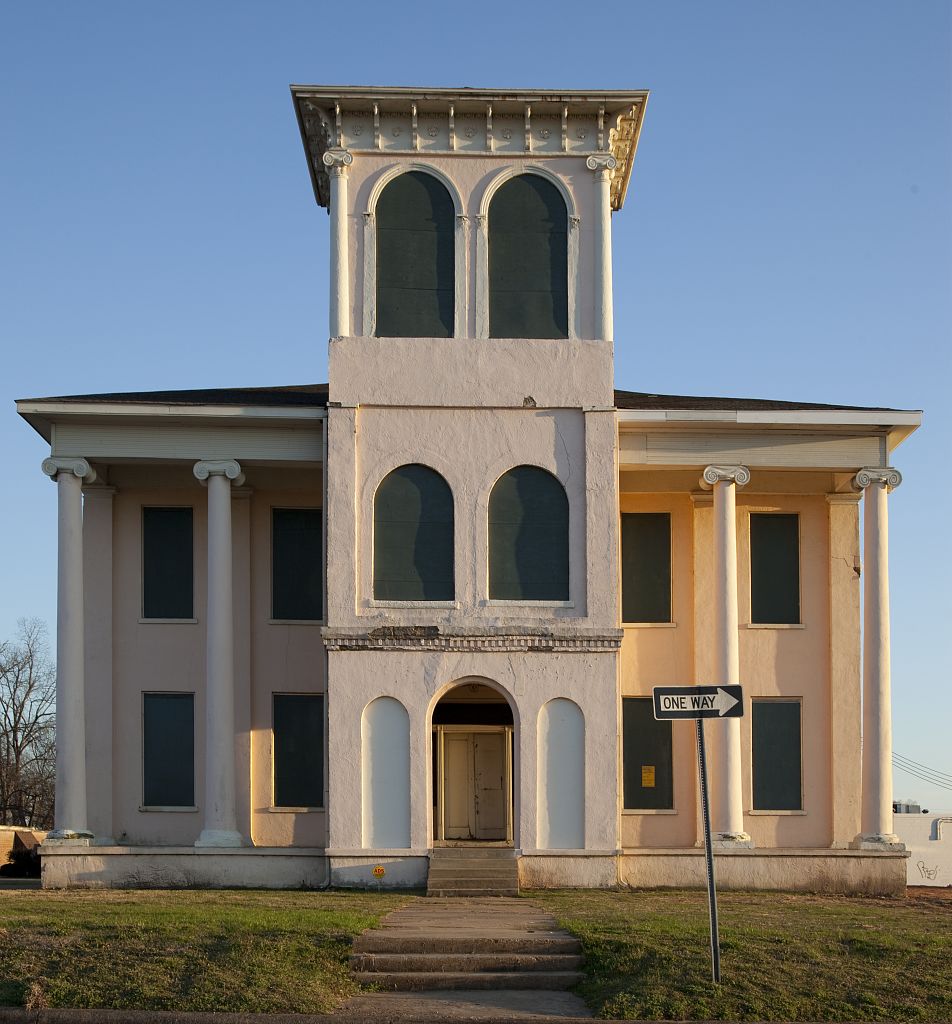